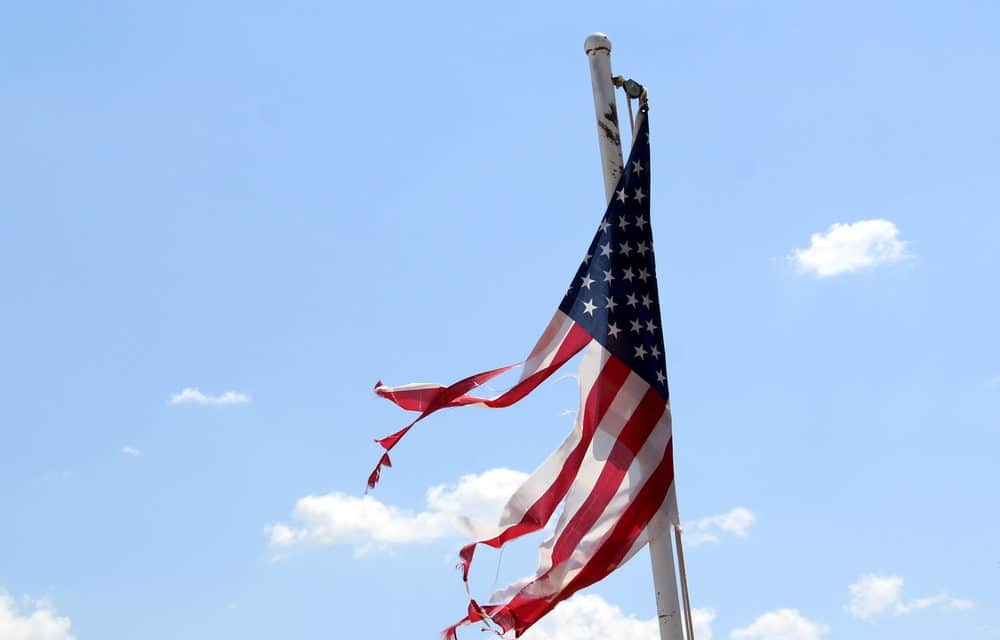 (OPINION)  The Sheboygan Press – Torrential storms passed through Sheboygan County Tuesday night and left plenty of damage in their wake.  Including some symbolic damage. The world’s largest free-flying American flag, which stands on the property of Acuity Insurance along Interstate 43 in the city of Sheboygan, ripped in half last night.

This symbolic tear comes while America is in the midst of the COVID-19 pandemic, which has left more than 100,000 Americans dead, and in the aftermath of the death of George Floyd in Minneapolis, where a former Minneapolis police officer, who is white, is charged with third-degree murder and manslaughter in the death of Floyd, who is African-American.

Floyd’s death has led to demonstrations and protests against racism and police brutality across the U.S. and the world, even in the midst of the COVID-19 pandemic. At least 9,300 people have been arrested across the country from the protests, according to the Associated Press.  READ MORE