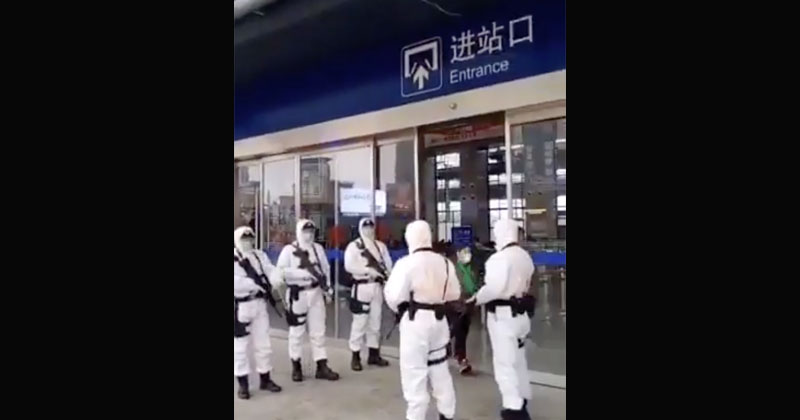 Reports and videos out of China show a horrific picture of the chaos caused by the coronavirus, with people collapsing in the streets, troops and armored tanks deployed, and panicked doctors warning of mass infections.

So far, approximately 56 million Chinese citizens have reportedly been quarantined in over a dozen cities across China, underscoring the sheer magnitude and scale of this pandemic.

If China’s official reports of 1,400 infected and 41 dead are accurate, they sure are responding with a heavy hand: shutting down whole cities, deploying troops, and closing thousands of public attractions across the country.

People are literally dying on the streets of China, 20 million on lockdown, the deadly #coronavirus is spreading across the…